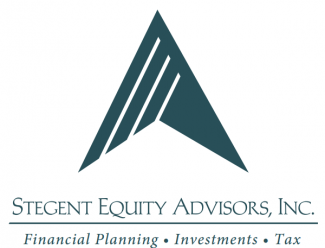 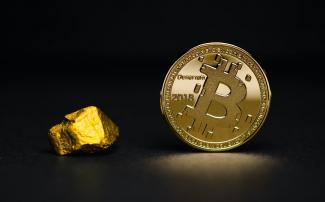 The act of mining gold has given hope to those in search of newfound wealth throughout the millennia. From the ancient Romans to the California Gold Rush of 1849, one thing seems perfectly clear: gold is universally accepted as the definitive store of value. Although there have been many techniques used to mine gold over the years, today a new form is taking place in the digital space. The reward is “digital gold” in the form of Bitcoin (BTC).

The miners of today do not use picks and shovels. They do not use pans or explosives. Powerful supercomputers have replaced the tools of old. Why the need for so much power? To mine Bitcoin, a computer needs to be able to solve complex numerical puzzles often referred to as “proof of work.” The answers to these numerical puzzles are 64 digits long and are known as “hashes.” Considering the chance of generating the correct hash is about one in several trillion, these puzzles make Sudoku look like a walk in the park.

Once a miner has verified one megabyte (MB) of transactions on the network, also known as a “block,” they are now in the running to receive a reward in the form of bitcoins. However, to receive that reward they need to be the first one to solve the puzzle. Basically, miners are in a race to be the first one to come up with the correct hash to be able to verify the block. This competition between miners is not unlike that of the thousands of Forty-Niners that flocked to California in search of gold.

By design, each block takes about 10 minutes to solve.  The difficulty of each block scales depending on the number of total miners, with the goal that no matter the number of miners each puzzle should take about 10 minutes to solve. The less miners, the easier the puzzles get. The more miners, the more difficult the puzzles get. This leads to a need for more advanced hardware. A bitcoin miner needs a computer with enough power to handle a competitive “hash rate.” MarketWatch defines a hash rate as “a measure of the computing power required to confirm a bitcoin transaction.”

Investopedia does a great job at explaining the mining process in depth. (Scroll down to the “Explain It Like I’m 5 Version” for more clarification.)

So why go to all the trouble to mine Bitcoin when you could just buy it on an exchange?

The most obvious reason is getting “paid” in bitcoins. As of May 2020, Miners currently receive 6.25 Bitcoin for every block they successfully mine. This rate has and will continue to decline over time. And only 21,000,000 bitcoins will ever be mined. That finite number heavily contributes to Bitcoin’s fame as digital gold.

Every 210,000 blocks that are mined result in a Bitcoin “halving.” This halving reduces the reward for mining a block by, you guessed it, half and is another product of the blockchain code. At Bitcoin’s inception in 2009, miners earned 50 BTC for every block mined. In 2012 the rate reduced to 25 BTC, then to 12.5 BTC in 2016.

Without the miners, investors would not be able to buy, sell or send any bitcoins. They are crucial to keeping the Bitcoin network up and running. Their participation legitimizes the network while also verifying the validity of all the transactions. Additionally, if there were no miners no more bitcoins could be produced.

Today’s miners may not use the same techniques as their predecessors but the objective remains the same: whether it is in the form of gold or Bitcoin, the quest for wealth continues to change the world around it. Gold as a store of value has stood the test of time and appears to be making the leap from a physical resource to a digital one.